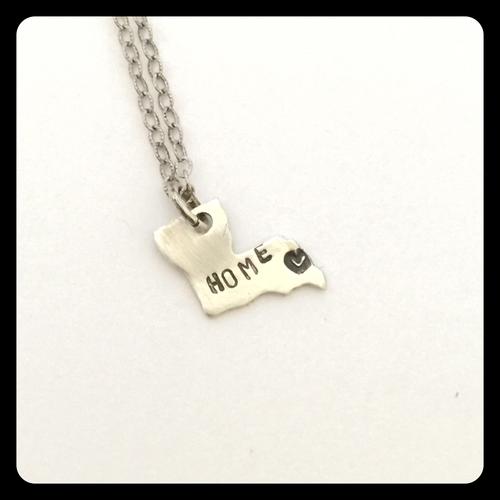 There’s no doubt about it: New Orleanians love New Orleans. And New Orleans natives love to show some love for their hometown heroes. The city has produced a number of vibrant personalities over the years in the form of local celebrities, music phenoms and household names alike.

Here they are, in no particular order, beloved local legends for whom NOLA is home:

Although Steve Gleason was born and raised in Spokane, Washington, the city of New Orleans has embraced the Saints’ former safety and special teams player as one of their own. Gleason retired from the NFL in 2008 before announcing in 2011 that he had been diagnosed with amyotrophic lateral sclerosis (ALS), also known as Lou Gehrig’s disease.

Gleason has devoted his post-football career to raising awareness for ALS. The 2016 documentary “Gleason,” which zeroes in on Gleason’s path to the NFL to his receiving his ALS diagnosis, was released earlier this year. The film also depicts how he works to help others who have been diagnosed with the disease.

Chef John Besh’s dishes show off the culinary riches of southern Louisiana. Besh has set the benchmark for fine dining in his hometown of New Orleans, a city whose identity is bound to its food–much like his own. Besh has opened a diverse array of restaurants in Louisiana over the past decade and continues to serve as a culinary ambassador of sorts. Besh’s passion for New Orleans, its people, and its livelihood helped him lead the city’s culinary recovery and resilience in the aftermath of Hurricane Katrina. And he continues to pave the way when it comes to culinary innovation in the region.

Grammy Award-winning trumpet player Terence Blanchard played with the Lionel Hampton Orchestra and Art Blakey’s Jazz Messengers before forming his own ensembles. The New Orleans native has had a prolific music career, during which he’s recorded dozens of records and composed more than 50 film scores. Blanchard, who was born and raised in NOLA, moved back to the city in 1995 to be closer to his children. In 2006, Blanchard responded to the aftermath of Hurricane Katrina by composing the score for Spike Lee’s documentary “When the Levees Broke,” for which he received his fifth Grammy win.

Anthony Mackie generated a bit of controversy back in 2015 when he seemed to endorse Donald Trump during an interview for his latest film, Our Brand Is Crisis (Mackie had answered an interview question sarcastically). The actor and New Orleans native showed some love for his hometown during his recent appearance on “The Late Show with Stephen Colbert.” Mackie, who still lives in New Orleans, was a guest on Colbert’s show to promote his new movie, “Captain America: Civil War.” After he walked on stage, Mackie gave a shout out and a big hug to Jon Batiste, another New Orleans native who serves as the bandleader on “The Late Show.” “We went to high school and college together,” Mackie told Colbert. “504, baby!” Colbert observed that Mackie and Job Batiste share the same positive attitude. “It must be a New Orleans thing,” he said.

Leah Chase has charmed and cooked her way into the hearts of New Orleans residents since starting her culinary career in 1946. Known as the “Queen of Creole Cuisine,” Chase is a James Beard Award-winning chef, a beloved matriarch of her city. Her restaurant, Dooky Chase, served as a gathering place for civil rights activists during the 1960s. The collection of African American artwork adorning the walls of Dooky Chase eventually became a renowned gallery in itself.

A gifted New Orleans playwright, Jim Fitzmorris uses his writing to explore ideas of home, place, and his relationship to his city. Local politics, too, have provided plenty of dramatic writing material for Fitzmorris throughout his life. As the nephew of two-term Louisiana Lieutenant Governor and son of the District Attorney for the City New Orleans, Fitzmorris grew up privy to the drama of politics and manners. Fitzmorris recent play “Be a New Orleanian” is a one-man show that explores what it means to be from the Crescent City in the wake of living in a post-Katrina world.

Ron Guidry cools his pitching arm in ice as he munches on a spare rib in the Yankees’ locker room following his 18-strike out victory over the California Angels at Yankee Stadium, 1978. (Photo: AP Archives)

Born in Carencro, Louisiana, Ron Guidry played 14 seasons in Major League Baseball, all for the New York Yankees, from 1975-1988. Known as “Louisiana Lightning,” Guidry was a left-handed pitcher who was drafted after playing his college baseball at University of Louisiana. Though he was less than six-feet tall and weighed about 155 pounds, Guidry’s fastball clocked in at 95 mph. His slider tormented right-handed hitters and for his stellar fielding, he won four Gold Glove Awards.