NOLA’s Architectural History; A Blueprint For Its Future 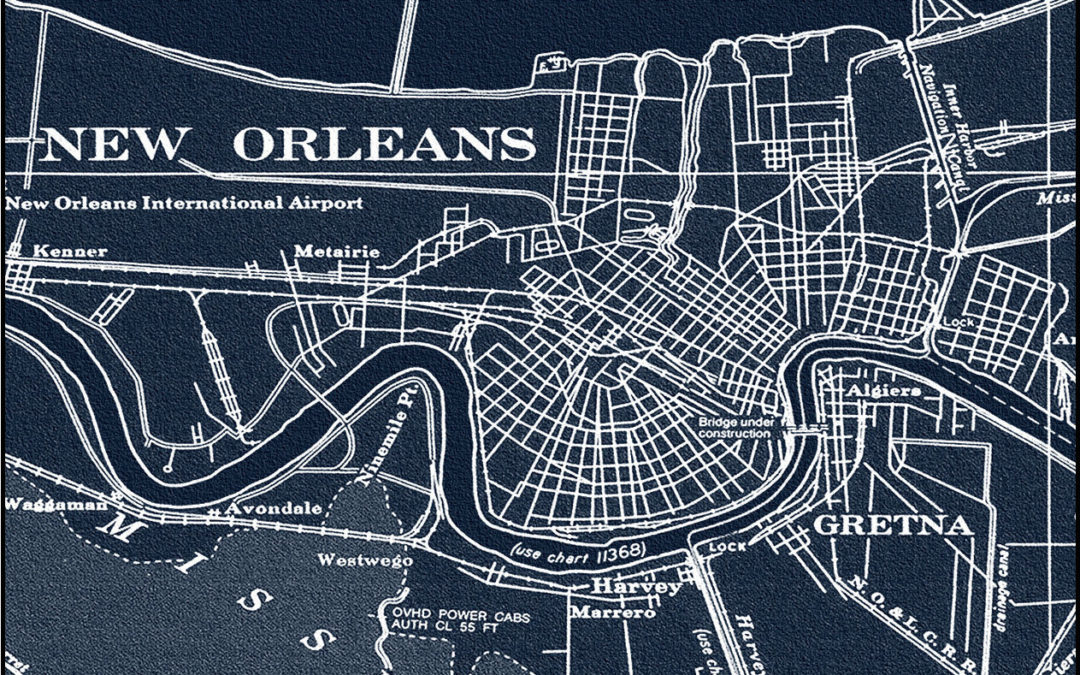 After Hurricane Katrina moved ashore over the Gulf Coast and left New Orleans in a bereft state, architects and developers with ties to New Orleans looked for meaningful ways to engage in rebuilding the community. Notably, Tulane’s School of Architecture revised its curriculum and now, ten years after Katrina, the architecture program has pioneered community-based design projects to rebuild the city in collaboration with Small City Center and UrbanBuild programs.

After the levees failed, water from Lake Pontchartrain submerged approximately 80 percent of New Orleans’ geographic area, destroying ~300,000 residences and causing irreparable damage to a number of historic buildings. This year, 2016, marked a quieter but significant milestone: it’s been a decade since the actual start of New Orleans’ structural recovery, which began tentatively in early 2006.

What do New Orleans’ reconstituted cityscapes look like now, with a decade of restoration and rebuilding efforts to show? Which architectural designs evaded flood damage and now stand as relics of pre-Katrina New Orleans? Alongside many rebuilding efforts in the city, a dialogue has emerged as the city faces unprecedented development challenges and attempts to negotiate its architectural past with possibilities of its future. Although the city has implemented new strategies in anticipation of another severe storm, New Orleanians have also embraced their city’s architectural heritage as they rebuild. Homages to the city’s architectural history, however, are limited by the confines of contemporary flood and sustainability codes.

In 2012, Brad Pitt’s Make it Right Foundation revealed its first rebuilding project in the Lower Ninth Ward, a pastel-colored duplex home. A number of Gehry’s well-known designs—the Bilbao Museum in Spain and the Walt Disney Concert Hall in Los Angeles are good examples—feature wavy and curvy exteriors, but the Gehry house in the Lower Ninth Ward is distinctive for its simple angles.

The National Trust for Historic Preservation placed this building at 701 S. Carrollton Ave. on its 2015 list of “America’s 11 Most Endangered Historic Places.” Considered one of New Orleans’ most endangered historic sites, the Greek revival courthouse in the past was home to Jefferson Parish’s government building and several New Orleans public schools. The building has been vacant since 2013, when its roof was damaged by Hurricane Isaac’s rains. Most recently, the Orleans Parish School Board requested that the city eliminate the Carrollton Courthouse property’s land-use restrictions.

Occupying the historic FNBC Bank Building that was built in 1927, Four Winds New Orleans is listed on the National Register of Historic Places. The building shows off the work of Emile Weil, one of New Orleans’ best architects. Four Winds is a real architectural gem of New Orleans: limestone, granite, and hand-carved statues adorn the building’s façade on the corner of Baronne and Common Streets, and marble, plaster, and intricate bronze reliefs cover every wall of the building’s lobby. Kailas Companies recently redeveloped the structure to incorporate Four Winds Luxury Apartments on the upper floors of this beautiful building.

Sustainable design considerations informed the post-Katrina construction of the 930 Poydras Residential Tower, a mixed-use building in NOLA’s Central Business District. 930 Poydras was designed by the New Orleans architectural firm Eskew+Dumez+Ripple and is a distinctively modern addition to the more traditional urban look showcased by neighboring buildings in the CBD. The design of 930 Poydras is notable for its open courtyard space on the ninth floor, where residents share a communal space and swimming pool.

New Orleans’ BioInnovation Center was an integral part of the city’s rebuilding efforts after Katrina. In 2012 the building opened its doors biotech startups and has been an economic boon to the area. The center features cutting-edge sustainable design, including technology that captures A/C condensation and rainwater to be repurposed for landscape irrigation.

Under the guidance of architect Gary Martinez (who specializes in restoring historic theaters), the Saenger, a Canal Street landmark, underwent a complete makeover. Swamped by flooding from Hurricane Katrina in 2005, The Saenger remained closed until 2013. According to Martinez, craftsmen who worked to restore the Theatre used old-fashioned glazing techniques to bring depth of color to the Theatre’s luxurious seating area, which is meant to imitate a starlit Mediterranean villa.

NOLA’s Architectural History; A Blueprint For Its Future originally published on Huffington Post.